When judged by recorded output Scum may appear to have been a one and done band, but their history runs much deeper. Formed in 1983 in Montreal Quebec, Scum reached a pinnacle in stature and held devoted respect from fans and musicians in the local scene as well as punks in the know across North America and Europe.

Although the band originated in 1980 with guitarist Georges Pearson, it was not until 1983 with the addition of drummer Jean Gravel (Lortie) and frontman Anthony Mark that Scum developed its distinct sound. A unique style born of the multi-lingual and multi-racial composition of its members and their shared outrage at the state of the world.

The subject matter of "Born Too Soon" encompasses every punk take of the era, from the nihilism of "Exit Death" to the skate thrash anthem "Pool Hunt," the L.P. is certainly on firm anti-Reagan ground. But it's the musicianship, performances and production that set this record apart.

Jean's drumming drives the bus and he slams through the 13 song set with focused abandon. Georges Pearson's guitar grinds through the affair with solid crunching rhythm and high tension bending leads. Vocalist Anthony Mark shows a wide range, from belting anthemic choruses to giving voice to any number of characters written into these songs. The production leans toward the tone of Bad Brains "I, Against I" but curiously precedes that release by a year… in many ways Scum were ahead of their time.

With vinyl out of print on this for decades Porterhouse has worked directly with the band and producer to completely revamp and remaster the album's audio for this pressing. This not a run of the mill re-issue but a new take on one of the best "unsung" records of the era. The included download features three never before heard demos from the band's first recording sessions, and we've redesigned the inner lyric sleeve which is scattered with photos that put you there. Pressed on clear pink vinyl this one will be a looker as well!

Be sure to listen to the entire LP at the band's artist destination and get hip to the pit! 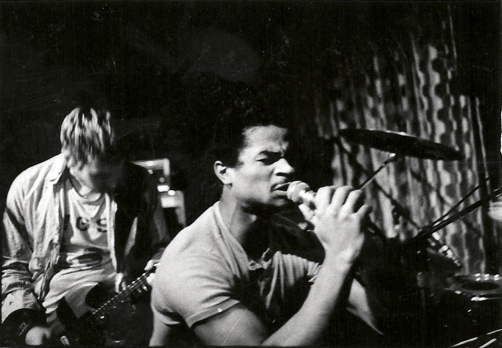 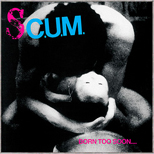