Steven Bradley is the recording artist vehicle for producer Steve Kravac. After a lengthy career making records for bands like M.X.P.X., Less Than Jake and 7 Seconds, Steven has been taking time to create his own compositions.

The result is his debut full length, "Summer Bliss and Autumn Tears." Parts Matthew Sweet and Bob Mould with a dash of a young Elvis Costello and some Nick Lowe, it sounds a little as if Teenage Fanclub had settled in the midwest.

Steve wrote 11 songs for the record and played the majority of the instruments himself but it's loaded with great performances from many of his friends as well.

You can stream the results at Steven's "Artist Destination" and orders for the 12" custom colord vinyl L.P. are now open at the Porterhouse Record Store.

"Even Bradley's friends might be surprised at the songwriting and styles on the L.A. producers and punk label Porterhouse head's first L.P.

Composing ability is not vested in all likable rock and roll lifers; but it's best in those who live it 'cause they love it. You'll hear that jovial devotion in his wholesome voice, on this new wave power-pop grab bag with older, classic nods such as the Beach Boys/America/Bread cross-breeze, "Capitol Hill."

Bet your last bootleg that Bradley knows, when he sings "I get high when I see you walk by" that The Beatles' John Lennon beat him to it by 54 years, opening Help's "It's Only Love"; or that "Pre-Emptive Strike"'s guitar hook (by MC5's Wayne Kramer!) is Lennon's "And Your Bird Can Sing" one LP/Year later, via XTC's "Mayor of Simpleton" and "Dear Madam Barnum." 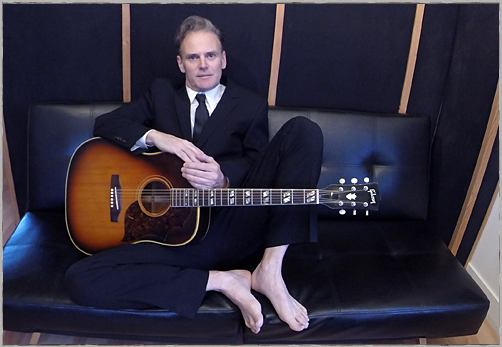 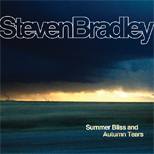